At long last, a new chapter of The Projectionist! 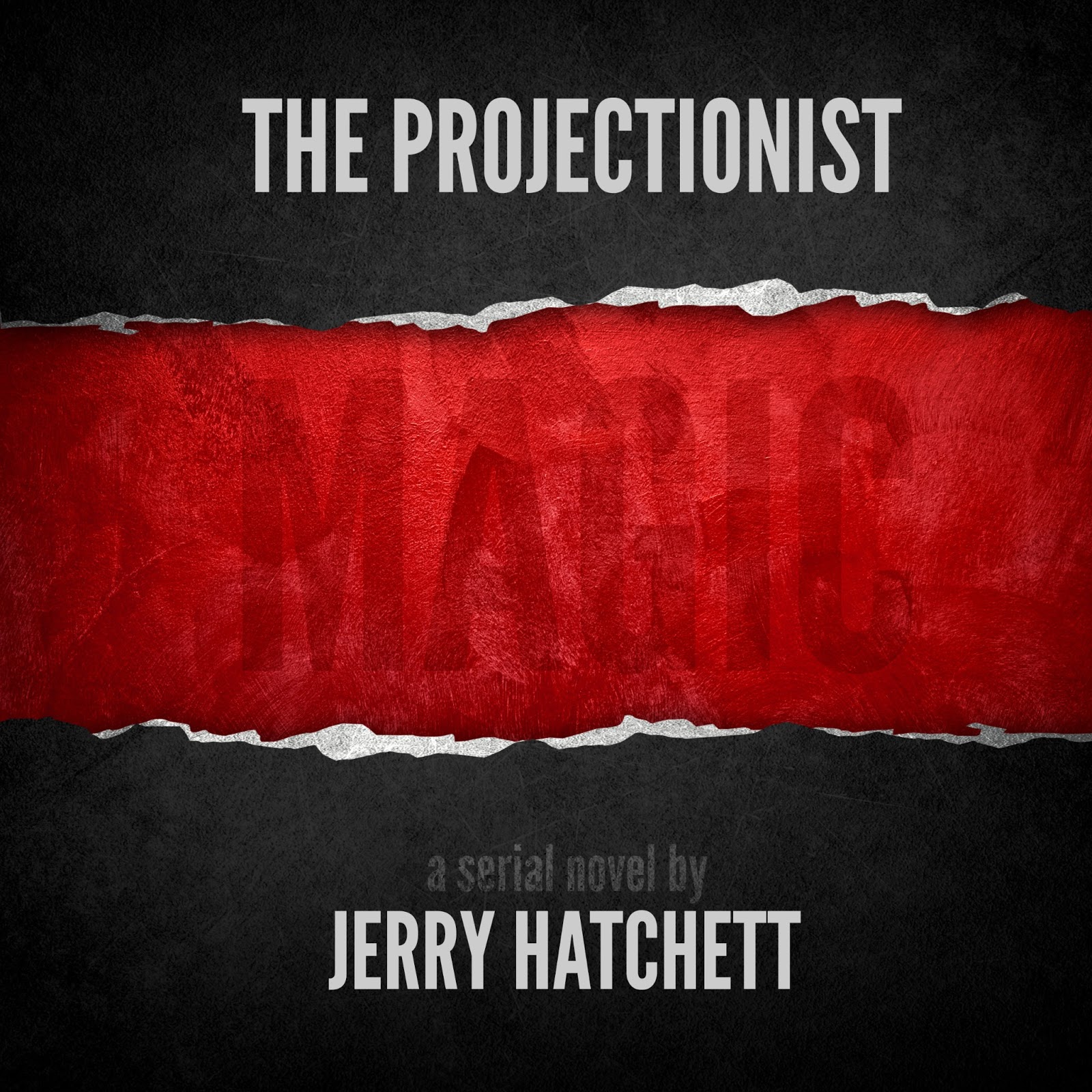 “Porter, are you drunk?”

Porter’s head snapped up and he glared at Debra for a moment, then started laughing and slapping the table. “Yes! Yes, I am! Why do you ask?”

“Are you coherent enough for this discussion?”

“At the beginning, duh!”

“I told you it was complicated,” she said.

Debra looked at him and blew out a long sigh, then said, "Have you ever wondered how the Magic Theater got its name?"

"Nope. I know how. I was there. Alice suggested it."

Porter flopped his head back and stared at the ceiling for a moment. "More like insisted, I guess you'd say. Alice could be insistent, in case you didn't know."

She nodded. "Indeed she can—could. Did she tell you where she got the idea?"

"Nope. She just always had it in her head that it should be named Magic."

"Not always." Debra reached under the table and picked up a tattered, cloth shopping bag.
From the way the thing hung, and the way the muscles in Debra's thin arm stood out, Porter figured it had to weigh 20 pounds or more. Then he upped his estimate to 30 when she plopped the bag down on the table between them and the whole booth shook. She reached inside the bag and pulled out a large book, and it was like no book Porter had ever seen. The cover looked to be made of metal. Not just any metal. Gold. He whistled. "Now that's an eyeful, Little Debbie! What the hell is it?"

"It's where this whole crazy story began."

"Do tell?" Porter slapped the table. "Then let's crack that heifer open and get down to it."
Debra rotated the book counterclockwise so both of them would have a sideways view. He watched as she lifted the front cover with her long, thin fingers. Feminine fingers, on a beautiful ladylike hand. After lifting the cover a couple inches, she withdrew her hand, but the cover continued to rise and then pivoted over and came to a soft rest on the tabletop. It never made a sound. Not a squeak, pip, or peep. He guessed it had some kind of spring in it. "Now ain't that just slicker than snot?" he said. "Looks old."

"I had it looked at by an expert in old books," Debra said. "He said the paper, the writing, the illustrations, are all at least two hundred years old, maybe more." She turned a few pages, pages that looked like parchment the thickness of a Kleenex. Thin or not, there was no bleedthrough of the content on the opposite side of the page. And what content it was. Beautiful text, obviously hand drawn in ink. Vibrant pictures. Meticulous scrollwork. All of which ceased to be of any interest, the moment she stopped turning pages. Because there on the page she had stopped on, was a beautifully drawn picture of Porter and Alice, standing in front of the Magic Theater.

Posted by Jerry Hatchett at 1:14 PM