May I have two minutes of your time? 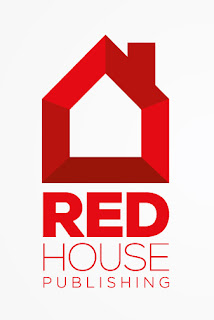 I'm experimenting with some title options and would be eternally grateful for the thoughts of a few avid readers of fiction. I promise it's quick and easy!

CLICK HERE TO HELP WITH A 2-MINUTE SURVEY
Posted by Jerry Hatchett at 10:13 PM No comments:

Will the third time be the charm?

Tonight will be the third consecutive movie night for me and my faithful movie companion, and I'm hoping it will indeed be the charm. Night before last, we saw this gem.

How was it, you ask? Uh...well...in the words of Grumpy Cat:  NO. Unless, of course, you happen to love convoluted mashed-up storylines that flit in and out of reality and dreams and hypnotic trances and such. If you love those, you might enjoy it. (And as we say in Mississippi, bless your little heart.) Two stars, and they are dim stars at that.

Certain that our movie prowess was such that we couldn't possibly choose poorly two nights in a row, last night we grabbed our hot dogs and Cokes from the concession stand and headed into the darkened room for another cinematic adventure. 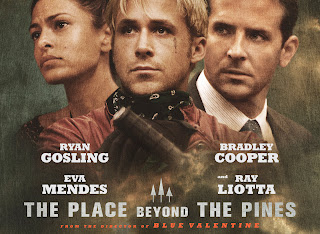 To be fair, it's been nearly 24 hours and I still can't tell you how I feel about this one. It felt like two movies. Unfortunately, the two movies didn't particularly complement each other. Or themselves. It's one of those that leaves you with the question "HUH?" as you're walking out the door. So although I've been as yet unable to come up with a star rating, I can sum up my feelings about it thusly: Please let tonight break this ugly streak, because I've been looking forward to this one for a long time. I'll report back later on whether the third time is really the charm, or just a bunch of hooey. 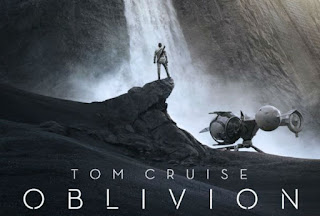 Post-Oblivion update:  Okay, third time was the charm. I give this one 4 stars and recommend it. There were a few loose story threads hanging in my mind at the end, but it's very entertaining, well acted, and visually nice.
Posted by Jerry Hatchett at 4:06 PM 2 comments: 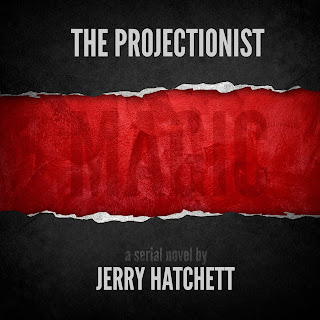 Locked inside the projectionist room, Porter sat on his stool and stared at the two film cans as if he could burn holes in them. Where in cripes had they come from? From the exact spot Alice’s letter had said they’d be. But how did they get there? He only walked past that shelf many times a day, seven days a week, fifty-two weeks a year, decade in and out. They had not been there that morning or that month or that year.

Yet there they were on the shelf, covered in a thick layer of dust, a lattice of spider webs knitted from the top can to the wall. Even the cobwebs looked old. Good hell, the spider in the middle was a dry husk, also coated in dust after no doubt having died of? ripe old age. How long did spiders live, anyway?

"What's wrong with you?"

A beat, then Teddy said, "It is my theater, you know?"

"As if you'd ever let anybody forget that," Porter said.

Porter scrunched up his face for a moment, then stepped to the door and unlocked it. Opened it and looked at Teddy. "Selling what?"

Teddy walked through the door, squeezed past Porter, and sat on the stool. "The Magic."

Porter stared at him a good thirty seconds, then said, "Have you completely lost your mind?"

"The hell are you talking about?"

"That chain out of Knoxville wants it. ReelMark."

"Bull hockey. They're huge megaplexes. What would they do with this?" Porter spread his arms, palms up.

"They're buying several old singles in the region, say they're turning them into art cinemas."

"But you can't sell the Magic!"

"Sure I can. It's mine, the business, the building, everything in it. Been paid for a long time. I--"

Whatever Teddy said next, Porter didn't hear. Decades of memories were playing through his mind. Magical memories. Him. Alice. Teddy. The people. Everything. It was the social center of the town, had been as long as he could remember. Alice. It was the passion of her heart. This could not be happening. He interrupted Teddy and said, "No."

"Get out of my booth," Porter said.

Teddy looked dumbfounded. Didn't move. Said nothing. Just sat there with his mouth half open, staring at Porter through bug eyes as if Porter were the one going nuts. So Porter took Teddy by the arm, guided him off the stool and out the door. Then he shut the door and relocked it. Teddy started making racket outside the door again, but Porter didn't care. He had things to do.

He pulled his old ostrich feather duster from its hanger on the wall and started dusting off the film cans. A special showing of Lawrence of Arabia was indeed just what the doctor ordered. Yes sir, it sure was.
Posted by Jerry Hatchett at 9:58 PM 2 comments:

Alice often didn’t know why she did the things she did. Or at least she didn’t know at the time she did them. She just acted. Or reacted, as the case might be. Later she would ponder the "why." This morning's activity didn't take much brain power to figure out. That Porter boy was cute and quiet and sweet and never bothered a soul. She hadn't met him before but she had seen him around a lot of times and she could just tell these things about people. So when she saw that skuzz Ledbetter trip him, well, she acted. Or reacted. Whatever. It felt good.

What was funny, though? When she met Ledbetter in the hallway between third and fourth period, she'd expected him to threaten her or shove her or pull some other caveman move; instead he turned his messed-up face away and moved to the other side of the hallway. That wasn't like the bully at all. Oh well.

She daydreamed her way through fourth period, then homeroom, thinking about the theater, so excited about Lawrence of Arabia that she could barely stand it. She also found herself thinking more than once about Porter, which was a little silly since she didn't really know him at all and he might not think much of her anyway. Pretty much nobody else at school did. And had she embarrassed him when she knocked the scuzz down the steps? That hadn't occurred to her, which was one little problem with acting in the moment. Then she remembered something even worse:  She had winked at him! Why did she do that? Now he might think she was cheap and easy, or maybe just plain crazy.

With these things on her mind, she had an even harder time tolerating Mr. Peterson and his geometry. (Gee-AHM-uh-tree is ver-ee im-por-tant!) As it turned out, she didn't have to endure him all that long. About fifteen minutes into the class, a messenger knocked on the door and told Mr. Peterson that the principal wanted to see Alice Pendergast. Mr. Peterson sighed as if the rest of his life had just been ruined and motioned for her to go.

Mr. Turner's office smelled like, well, like Mr. Turner. Which is to say it smelled like Brylcreem because Mr. Turner kept so much of it slathered into his hair. Hair he was always combing, which left the whitish Brylcreem gunked up in the teeth of the black comb. It was one of those things Alice couldn't help but stare at, no matter how hard she tried. It was just that gnarly.

"Alice," he said, "I thought we agreed last week that you were going to refrain from behavior that caused these little visits of ours?"

She didn't remember the conversation that way at all. In fact, it had been more of a speech by Mr. Turner than a conversation. Alice didn't say this out loud because she had found that correcting the faulty memory of these people wasn't necessarily appreciated.

He looked at her, drew a breath like he was about to say something, then blew that breath out and ran his hand through his hair. This made his hand Brylcreem-shiny and of course launched another combing session. "Did you or did you not shove Hank Ledbetter down the front steps this morning?"

"He's a bully. He tripped a guy named Porter, on purpose. Made him fall down the steps. Then pointed and laughed at what he'd done."

"And what did that have to do with you?"

"I ask again, Alice, what did that have to do with you?"

This was a dumb conversation and Alice was about done with it. She shrugged again. This prompted another deep breath and long exhale and hand in hair and combing session.

Now it was her turn to draw a speaking breath and then change her mind and hold her tongue. She did not, however, run her hand through her hair. It would not have come back slick with hair grease, but still.

"You can't wander around executing what you consider justice, Alice. If you were concerned about what you saw, you should have told a teacher."

"What happens to Ledbetter for what he did?"

"That's not your concern."

"I have a right to face my accuser. It's the American way."

"This is not a court of law and you're not on trial, Alice. And for what it's worth, it's not a democracy, either. It's high school. More like a benign dictatorship," he said, then gave her a little smile.

"Dictators are never benign," she said.

His little smile disappeared. "Alice, you should go now."


Her heart sank when she checked the bulletin board and saw that Mr. Peterson was the detention teacher that week. She slogged her way to the library to serve her time, settled into a chair at the detention table, and waited. (Maybe she was supposed to have gone back to the rest of geometry class, but she figured a detention hour with Mr. Peterson was punishment enough.) The bell sounded the end of school and a couple minutes later, she got a pleasant surprise when Porter walked into the library and made his way toward her.
Posted by Jerry Hatchett at 9:41 PM No comments: